Rents Are Down Slightly, Where Will They Go From Here?

It’s too soon to say if the recent softening in rental prices is a temporary lull or the start of a negative trend, but data and anecdotal experience both say now is a good time for renters to negotiate a lease.

Company owner Anthony Lamacchia is constantly combing through the data and said he noticed changes in the market right around July.  Anthony had written an op-ed about how the sales market has slowed as well!

“Frankly, we have been spoiled over the last few years with rentals going up each year and now they have settled a little bit due to the overwhelming amount of rental inventory, given the amount of people moving to the area, I expect it to balance out and probably continue to increase in the years to come, but there is no doubt we are in a little bit of a lull this year.” said Lamacchia

The data supports this conclusion.

Zillow paints a dimmer picture for landlords. The real estate information giant reports the median rent in the Boston metropolitan area in August 2018 was $2,366, down 1.3 percent from $2,396 in August 2017.

A recent report from Marcus & Millichap, a real estate research firm found 8,200 new apartments were built in 2017. Quincy and Cambridge/ Somerville will receive more than 1000, each. This year’s numbers aren’t in yet, but are expected to be even higher.

“An additional 16,000 units have broken ground with scheduled completions through 2021, “ the report said. “One of the largest projects underway is transit-oriented Fenway Center. The complex will be home to 550 market-rate apartments.”

Could that be enough to tap the brakes on rent hikes for a while? Maybe, but to keep rents stable, building will have to keep pace with the influx of people moving to Greater Boston to take advantage of our hot job market. Through overly-restrictive zoning, municipalities throughout the Commonwealth have made it difficult to build multi-family housing at a pace that can keep up with demand.

In July 2018, the U.S. Bureau of Labor and Statistics reported the Boston area added 62,000 non-farm jobs in the previous 12 months. We’re outpacing the rest of the country with no signs of slowing down. 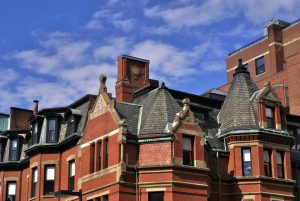 Boston Mayor Marty Walsh announced this week he raised the goal of his Boston 2030 goal from creating 53,000 new housing units to 69,000 units, with an emphasis on affordable housing. That’s great, but it will only barely keep up with the projected influx of 37,000 people moving to the city. And that doesn’t account for people moving into the suburbs.

“What is currently in high demand is 2-bedroom units in the Cambridge/Somerville/Medford area for around $2,500-$2,700/month. But now some renters are willing to settle for a a 1-bedroom at a better rent. People are lowering their expectation and moving farther from the hub, said Mike Wilson, Lamacchia Realty rental expert and agent.”

Wilson covers a lot of Greater Boston, but focuses on Waltham and surrounding communities. He said it’s taking longer to rent units once they’re empty and some owners are even paying half or all of the tenant’s rental fee as an incentive to rent. Others are lowering rents after several consecutive years of increases to attract tenants.

“My landlords are shocked. That sums up the rental market this year,” Wilson said. “I’ve seen a softening in the market. I’ve seen rents drop from 5-15 percent. People are looking for a better rent because many landlords have been raising the rent. Now they’re lowering it to last year or the previous year’s rent. People are moving farther out. They’re looking for more room for less money.” 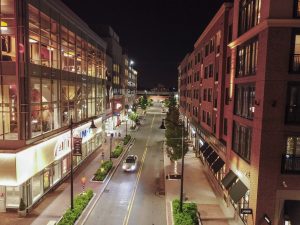 Will the new buildings keep pace with the rush of people coming to Greater Boston and stem rising rents? It’s too soon to say, but we’re keeping our eyes on it.